Resonance hybrid is a term that describes the character of a molecule, an ion, or a radical that exhibits more than one resonance structure. It can also be stated as a chemical entity expressing the phenomenon of resonance and their structure is represented as the mean of two or more than two structural formulas that are separated from each other through a double-headed arrow. 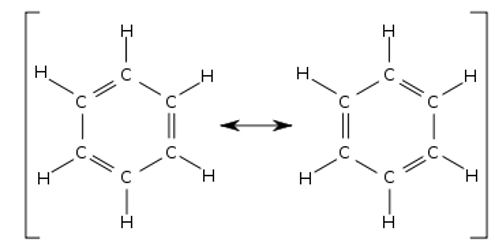 The resonance hybrid depicts the bond lengths and partial charges of the actual molecule. This structure is considered to be very stable as the delocalized electrons tend to lower the overall potential energy of the system.

Draw a resonance hybrid for each of the following. /