A survivorship curve can be defined as the graphical representation that shows the number of individuals that belong to a certain age for a specific species or group. These types of graphs are constructed for such a group of individuals who are of somewhat the same ages. 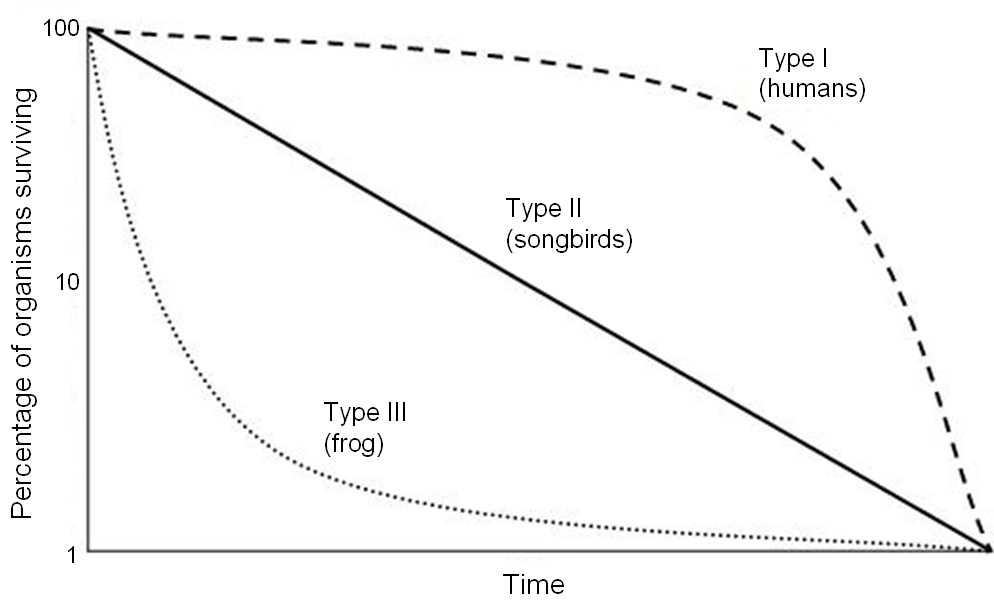 How was the amount of food that Gause (1934) provided

How are manipulation of host behavior by spiny-headed worms and

In his experiments on competition between T. confusum and T.

Discuss how mathematical theory, laboratory models, and field experiments have